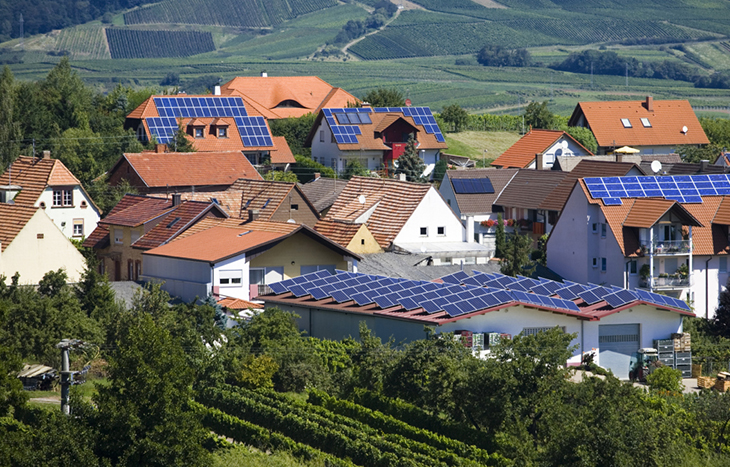 Europeans can massively expand low-cost solar generation just by tapping the space over their heads. That’s the conclusion of researchers who used satellite imagery, electricity prices and lending data to assess the untapped energy potential of Europe’s buildings. Rooftop area three times the size Luxembourg is available and could economically supply almost a quarter of the bloc’s power, according to a paper published in Elsevier’s October edition of Renewable and Sustainable Energy Reviews.

The new research suggests that looking more closely at rooftop solar resources could help policy makers to plan more effectively, especially as an expected wave of electric vehicles enters the market and raises power demand. “Rooftop systems can cover such an increased demand and if designed to produce electricity mainly for local consumption, side-effects such as grid congestion and dispatch cost will be avoided,” the researchers wrote. There are about 7,935 square kilometers (3,064 square miles) of rooftops available in the bloc that could produce some 680,276 gigawatt-hours of electricity a year. The plunging cost of solar power, which has hit cost parity with traditional generation in many parts of the world, means electricity from rooftop panels could be economically priced, according to the report. “The report could encourage governments to view support for rooftop solar as an easy political win, avoiding any tradeoffs between energy and land use and probably being popular with roof owners,” wrote BloombergNEF solar analyst Jenny Chase.

Until now, building owners have been wary of the high up-front capital costs of solar panels compared with the longer-term power returns measured over 25 years, she said. Cyprus, Portugal, Malta, Greece and Italy have the highest solar potential, closely followed by France, Spain and Germany, according to the paper. Countries in eastern Europe lag because of barriers to installing solar on rooftops.